Despite the fact that the orders in favor of his release are multiplying, Julian Assange remained detained in London for the only crime of having created WikiLeaks and of having uncovered uncomfortable secrets for some “exemplary democracies” that are persecuting him today.

It was about 7 years since, on June 19, 2012, the Australian cyber-activist Julian Assange, champion of the fight for free information, was forced to take refuge in London, in the offices of the Embassy of Ecuador. This small Latin American country had the courage to offer diplomatic asylum when the founder of WikiLeaks was persecuted and harassed by the US government and several of its allies (the United Kingdom, Sweden). The Swedish Justice demands that Assange go to Stockholm to present his testimony on the accusations of sexual aggression made by two women to which he would have lied about the use of a condom.

Julian Assange rejects these accusations and maintains that the relations with these two plaintiffs were consented and he claims to be a victim of a plot organized by Washington. The founder of WikiLeaks refuses to go to Sweden, unless the Justice of that country guarantees him that he will not be extradited to the United States, where he could be arrested, brought before a court and, perhaps, according to his lawyers, sentenced to death penalty. death for “espionage crime”.

On several occasions, Assange proposed to answer by videoconference to the questions of the Swedish research managers. But they have rejected that possibility, arguing that he fled from Sweden although he knew there was an open investigation against him. The Swedish Supreme Court rejected again, on May 11, 2015, its demand to annul the arrest warrant that weighed on him.

The philosophy of WikiLeaks
Actually, Julian Assange’s only crime is to have founded WikiLeaks. Everywhere there have been heated debates about whether WikiLeaks made the cause of press freedom prosper or not, whether it is good or bad for democracy, whether or not this platform should be censored. What is certain is that the role of WikiLeaks in the dissemination of half a million secret reports concerning the abuses committed by the military in Afghanistan and Iraq and about 250,000 communications sent by the US embassies to the State Department constitutes “an milestone in the history of journalism “that has marked a before and after. WikiLeaks was created in 2006 by a group of anonymous netizens, with Julian Assange as spokesperson, and assumed the mission of receiving and making public leaks of information (leaks) guaranteeing the protection of sources (1).

Remember the three reasons that, according to Julian Assange, motivated its creation. “The first is the death on a global scale of civil society. Rapid financial flows through electronic funds transfers that move faster than political or moral sanctions, destroying civil society across the world. […] In this sense, civil society is dead, it no longer exists, and there is a broad class of people who know it and are taking advantage of it who know that it is dead to accumulate wealth and power. The second is that there is a huge and growing hidden Security State that is spreading around the world, mainly based in the United States […]. The third is that the international media are a disaster, […] the environment of the international media is so bad and so distorting that we would be better off if there were no means, none. ”

Assange brings a radically critical vision of journalism. In an interview he even states that “given the impotent state of journalism, it would seem offensive for me to be called a journalist. […] The biggest abuse was the war [in Iraq and Afghanistan] told by journalists. Journalists who participate in the creation of wars through their lack of questioning, their lack of integrity and their cowardly link with government sources. ”

The philosophy of WikiLeaks is based on a fundamental principle: secrets exist to be unveiled. All hidden information is born with a vocation to be revealed and made available to citizens. Democracies should not hide anything; the political leaders, either. If the public actions of the latter are not incompatible with their private actions, democracies should not fear the dissemination of “filtered information”. In this case – and only in this case – this would mean that they are morally exemplary and that the political model they embody could be extended, without any ethical obstacle, to the whole planet.

WikiLeaks offers Internet users the possibility of making public, through its platform, recordings, videos or confidential texts, without inquiring into how they have been obtained, but whose authenticity is verified. WikiLeaks lives on the donations of Internet users and foundations and does not accept public aid or publicity. A good number of public authorities have recognized the usefulness of their work. In 2008 he received the Index on Censorship Award granted by the British weekly The Economist, and in 2009, Amnesty International awarded him the prize for the best “new media” for having brought to light, in November 2008, a relative censored document to a case of misappropriation of funds made by the environment of the former president of Kenya, Daniel Arap Moi.

Since its inception, WikiLeaks has been a permanent feast of secrets, an authentic premier factory. It has spread many more revelations than many prestigious media in decades. Among the biggest scandals that came to light are: the documents that denounced the techniques used by the Swiss private bank Julius Baer to facilitate tax evasion; the criminal procedure manual of the US Army at the Guantanamo base; the list of names, addresses, telephone numbers and professions of the members of the British National Party (BNP, of the extreme right) in which they appeared policemen; the list of emails exchanged with the outside world by the victims of the attacks on the Twin Towers on September 11, 2001; the documents proving the fraudulent nature of the bankruptcy of the Icelandic bank The New Kaupthing; secret protocols of the Church of Scientology, not forgetting the recent “Panama Papers”, released in April.

International Solidarity
For all that, like Edward Snowden and Chelsea Manning, Julian Assange is part of a new group of political dissidents who fight for a different mode of emancipation and are currently persecuted and harassed, not by authoritarian regimes, but by states that claim to be “Exemplary democracies”.

Last February, the Working Group on Arbitrary Detention of the United Nations (UN), which reports to the UN Human Rights Committee, determined that Julian Assange is “arbitrarily detained” by the United Kingdom. United as per Sweden. International independent experts also noted that both the Swedish and British authorities should “end their detention” and “respect their right to fair compensation”. According to that international jury, Julian Assange has been subjected to different forms of deprivation of liberty: “initial detention in the Wandsworth prison in London” in solitary confinement, “followed by house arrest and, later, confinement in the embassy of Ecuador ” Although the pronouncement of the international group of experts of the UN is not binding, it represents a great moral victory in the field of public relations.

In this regard, the Ecuadorian President, Rafael Correa, reported that his government provides asylum and protection to the founder of WikiLeaks because “Assange lacks guarantees of respect for their human rights and their rights in matters of justice.” For his part, the Ecuadorian Foreign Minister, Guillaume Long, declared that Ecuador “maintains legitimate concerns about the human rights of Assange” and that Quito considers that there is some type of “political persecution” against him, reasons why Ecuador continues to grant him asylum. .

To claim for the freedom of Julian Assange, his friends from around the world organized, between June 19 and 24, 2016, in several capitals of the planet (2), a series of events and conferences that included the participation of important personalities and great intellectuals (Noam Chomsky, Edgar Morin, Slavoj Zizek, Ken Loach, Yanis Varoufakis, Baltasar Garzon, Emir Sader, Evgeny Morozov, among others).

In Quito, the symposium was organized by the International Center for Advanced Communication Studies for Latin America (CIESPAL) and had an Assange intervention by videoconference. For five days, topics were discussed such as: The Assange case in the light of International Law and Human Rights, Geopolitics and Struggles from the South, Technopolitics and Cyberwar and From the Pentagon Papers to the Panama Papers.

The Spanish academic Francisco Sierra, director of CIESPAL, said: “We believe that, in reality, Julian Assange’s problem is that of the freedom of information. When there is no freedom of information, movement, or assembly, there are no human rights. And therefore, the first right is the right to communication, and it must be made clear that the Assange case is a serious problem of the right to communication “(3).

All these solidarity events across the world geography set two objectives. In the first place: to claim the rights that have been denied to Julian Assange. And secondly: remember what WikiLeaks represents, that is, the current challenge on the freedom of information and communication in a permanently monitored world. 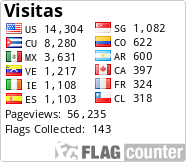